Have you heard of the rather touching expression: “NO WAR IS BAD”. This is the message relayed by a king to his army in a battle. About 100 of his subjects had just fallen at the hands of the enemy, and the commandant, therefore, thought it wise to ask the king for his advice on the next step. The king promptly instructed his writers to communicate that he saluted his soldiers for their courage, whether dead or alive. The letter was promptly prepared and delivered to the commandant on the front line.

The soldiers continued to fight until only three of them were left. The commandant was one such warrior, although badly injured.

The king was astonished by the small number of soldiers who had returned and was ready to punish them further. They had gone against his directive but fortunately still had the letter from the king which read: “NO WAR IS BAD”. However, the king’s message to the soldiers was actually “NO, WAR IS BAD”.

As in this story, serious consequences can arise from the mistakes of a proofreader.

A proofreader should be equipped with the necessary skills to help him or her refine and polish written works so that the intended meaning is clear, and the grammar and spelling correct.

As with most things human, imperfection raises its ugly head from time to time, but there are some mistakes a proofreader must avoid at all costs.

It is important to bear in mind at all times that a proofreader’s job is to make life easier for the client. To deliver optimal performance and satisfaction, excellent error spotting skills are imperative. As with the story above, adding a comma in the right place would have produced an entirely different situation.

Pay attention to the smallest detail, especially where spelling and grammar are concerned.

or GET A FREE QUOTE

or GET A FREE QUOTE

No-one wants to lose out on work, and it is often tempting to agree to unrealistic deadlines to secure the job. While a bit of pressure can be a good thing and may present an image of responsibility and dedication, it is counter-productive to make false promises when accepting a job, as the proofreader’s reputation is bound to be damaged in the long run if the work fails to be delivered on time.

More importantly, clients are likely to have made plans tied to the agreed deadline. Missing out on a deadline means that the plans of others will be compromised and it is essential that the lines of communication are kept open so that the client is fully aware of the proofreader’s progress.

One thing that sets a good proofreader apart is his or her ability to make corrections while ensuring the smooth flow of text to avoid disjointed communication. A great deal of effort is required on the part of the proofreader if the client’s work is to flow unimpeded. The main aim is to ensure that the final text is well-structured and easy to understand.

By Dale Jackson
These three rules will make your business emails stand out. Emails are now a preferred form of communication worldwide. With countless emails being sent each day, it’s important to make yours as professional as you can. It’s not hard to do, but you have to keep these three rules in mind at every step of...

The Difference Between Rewriting and Editing

The Difference Between Rewriting and Editing

By Dale Jackson
You always hear notions like editing, rewriting or proofreading a text. But you do have to wonder, is there a difference between them? It’s imperative to understand the difference between editing and rewriting because these will help you create better quality text in the end! Editing an article or any other content requires both error…

By Dale Jackson
It is largely believed that teaching business English to non-native speakers is a mammoth task which is considerably more difficult than regular English language teaching, but this is an erroneous misconception. It may appear as if teaching business English, especially to non-native speakers is an uphill task but the key is having the necessary aids…

By Dale Jackson
When working on a thesis, it is important to pay attention to how you write; not only with your choice of words, but also the way in which you express yourself. This is because academic writing can be very different from the casual style used day-to-day. There are always exceptions to every rule, but here… 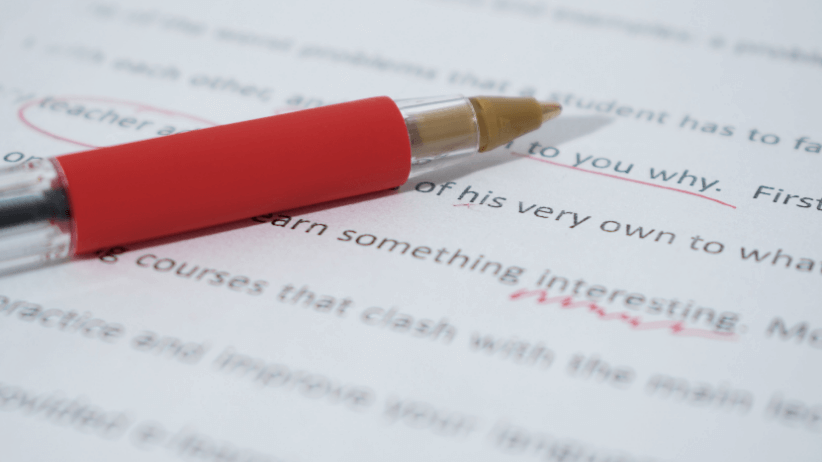 The Difference Between Paraphrasing And Rewriting

The Difference Between Paraphrasing And Rewriting

By Dale Jackson
ACADEMIC Business Order Now Home Academic Business Personal Online Content Pricing Compare Our Service Our Process Why Choose Us? About Us Meet Our Team FAQ Blog Contact Write For Us The Difference Between Paraphrasing And Rewriting Facebook-f Twitter Linkedin Envelope By DALE JACKSON For a lot of people, rewriting and paraphrasing might sound similar, but […]

Tips for a DIY Press Release

Tips for a DIY Press Release

By Dale Jackson
A newsworthy press release is a crisp and compelling announcement to attract media attention, improving PR and customer reach. Here are some useful tips to help to create a professional press release. Condense the content into a catchy heading. An accurate, but appealing headline is essential for a press release. If you are sending it…

Founded in 2010, Proofreading Asia assists with the professionalism and accuracy of English language documents such as resumes, cover letters, proposals, brochures, signs, website content, business correspondence, and longer academic works such as theses, dissertations, and manuscripts.